The Yoruba (in Yoruba orthography) are a large ethno-linguistic group or ethnic nation in Africa; the majority of them speak the Yoruba language . The Yoruba constitute approximately 25-30 percent of Nigeria’s total population, and around 40 million people.

UNESCO (United Nations Educational, Scientific and Cultural Organization) is a specialized agency of the United Nations established in 1945.

The Yoruba divination system enabled diviners to invoke Orunmila, the Yoruba deity of wisdom, prophecy and ethics, and Esu (Eshu), who as messenger of the gods lends his authority or ase to the oracle for the purpose of clarifying the future and providing direction to those seeking guidance. Ifa divination rites provide an avenue of communication between the spirit world and that of the living. The mythology of the Yorùbá is sometimes claimed by its supporters to be one of the worlds oldest widely practised religions.

This article is about the religious practice of divination. In Yoruba mythology, Orunmila is an Orisha (Orisa), and deity of prophecy.

Esu is an alternate spelling for the Yoruba God Eshu. See the proper definition Esu bellow and EsuIsNotSatan. 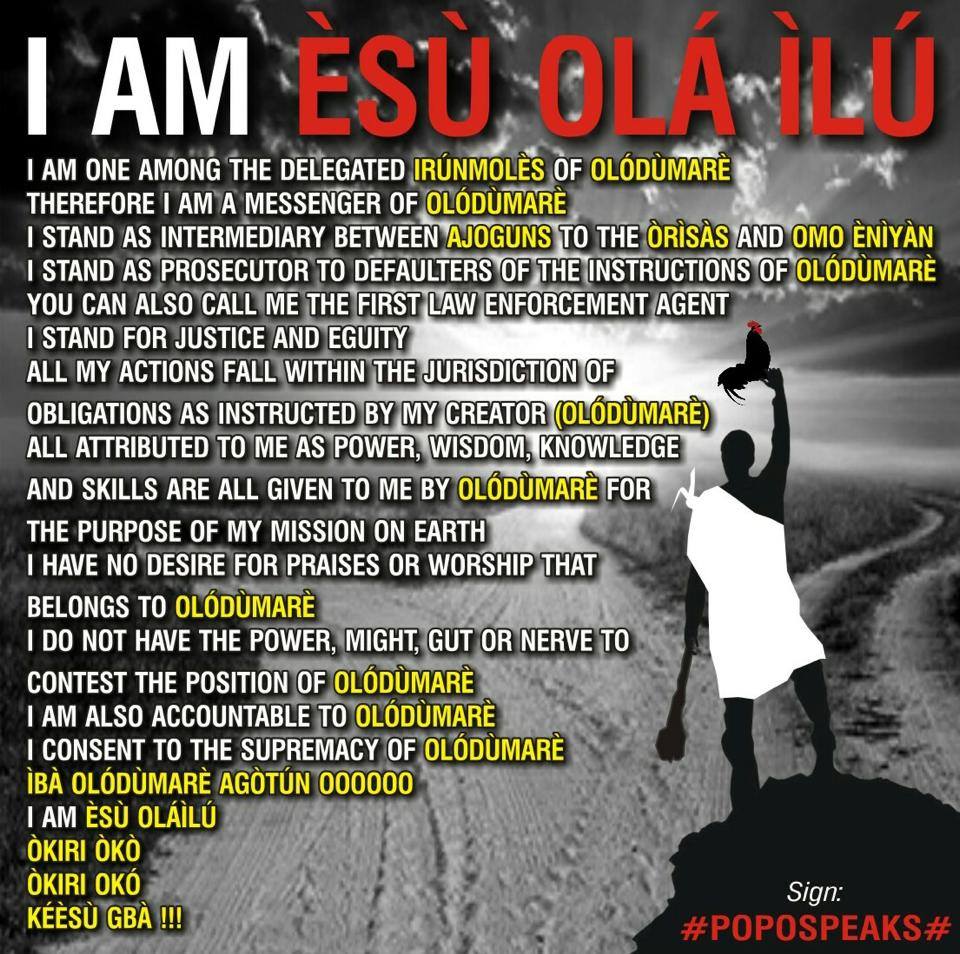